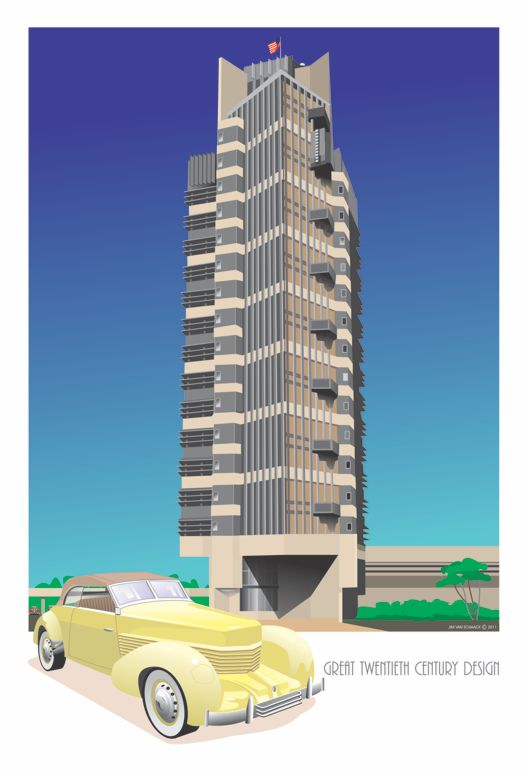 Completed in 1956, Price Tower is Architect Frank Lloyd’s only skyscraper that was ever built. This beautifully designed structure was Wright’s pioneer experiment of a multi use skyscraper, combining retail, business offices and apartments. It is located in Bartlesville, Oklahoma. 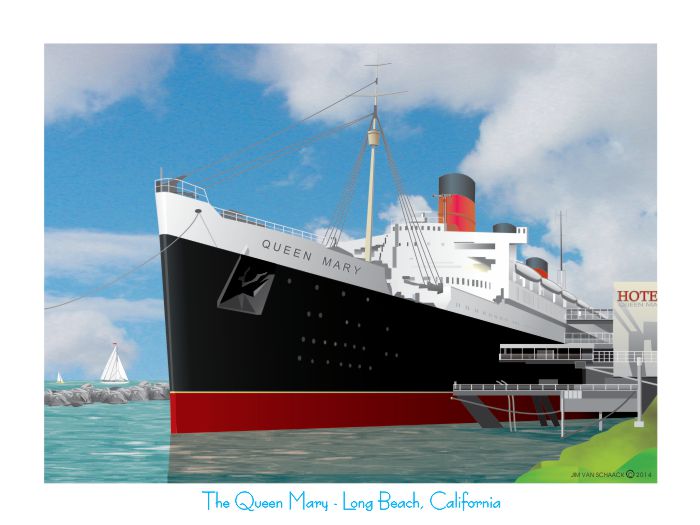 For at least 7,000 years Catalina Island, just a few miles off the cost of Los Angeles, California, has been inhabited by various native American groups. Explorer Juan Rodriguez Cabrillo visited the island in 1542, only 50 years after Columbus first sailed into the Western Hemisphere. In the late 1800’s Catalina Island became an integral part of Southern California. In 1925 the Casino building at Avalon harbor, pictured here, was constructed and has served as the social center of the island since that time. Catalina island today is the destination by sea and air for vacationers from around the world.

Los Angeles City Hall, Dedicated in 1928 this classic building stood for nearly thirty years as Los Angeles’s tallest at 440 feet. Because of the earthquake problems in the area there was a maximum height restriction of 150 feet. City Hall was created By three architectural firms, John Parkinson, design, Albert C. Martin, structural and John C. Austin, working drawings. After all these years the building still remains the symbol of Los Angeles.

Pan Pacific Auditorium, A Los Angeles structure, considered one of Americas finest examples of Streamline Modern Architecture, designed by architects Wurderman & Becket, opened on May 18, 1935 hosting over the years, The Ice Capades, The Globetrotters, hockey, basketball, music and political events. It was closed in 1972 when the Los Angeles Convention Center opened. Later it was used in the movie Xanadu starring Olivia Newton John and Gene Kelly. On May 24, 1989 the Queen of Streamline, burned to the ground in one of Los Angeles’ most spectacular fires.

The J. Paul Getty Museum, commonly referred to as The Getty, is an art museum in Los Angeles, California. The Getty was designed by Richard Meier for the J. Paul Getty Trust and was built in 1997.

The Beverly Hills Hotel is located on Sunset Boulevard, just a few miles west of Hollywood. It was originally built in 1912 to attract people to Beverly Hills. Along with the main building were 21 secluded bungalows that set in 12 acres of landscaped gardens. This romantic hideaway became famous because movie stars including Clark Gable, Marilyn Monroe, Elizabeth Taylor, Richard Burton, Humphrey Bogart and friends hung out at the hotels popular Polo Lounge and Polo Grill, the places to see and be seen. The Beverly Hills Hotel for many years was the center of Hollywood business and social life. However, later the hotel fell on hard times until the recent $100 million dollar renovation. The legendary Beverly Hills Hotel with its cabanas, pool, Polo Lounge and Polo Grill are once more at the center of Hollywood deal-making, reviving the style of Hollywood’s hayday.

Gucci Beverly Hills, One of the worlds most famous manufacturers and retailers of high quality high fashion merchandise, located on a street in Beverly Hills like few others in the world, Rodeo Drive.